What is the complaints procedure for a complaint against an Independent School?

The school’s complaints policy should set out clear timescales for the complaint, allow for a complaint to be made and considered initially on an informal basis, establish a procedure for complaints to be made in writing and make provision for a hearing before a panel.

Before making a complaint to the school, it may be worth obtaining your child’s school records under the Data Protection Act 2018 and the General Data Protection Regulations.

It may also be worth looking through the contract that you have with the school to see if the school has breached this in any way. If you feel this is the case, it may be worth consulting with a solicitor specialising in contract law. You have 6 years to bring a breach of contract claim.

Below you will find a flowchart explaining the procedure for a complaint against an independent school.

Complaint against an independent school – Flowchart 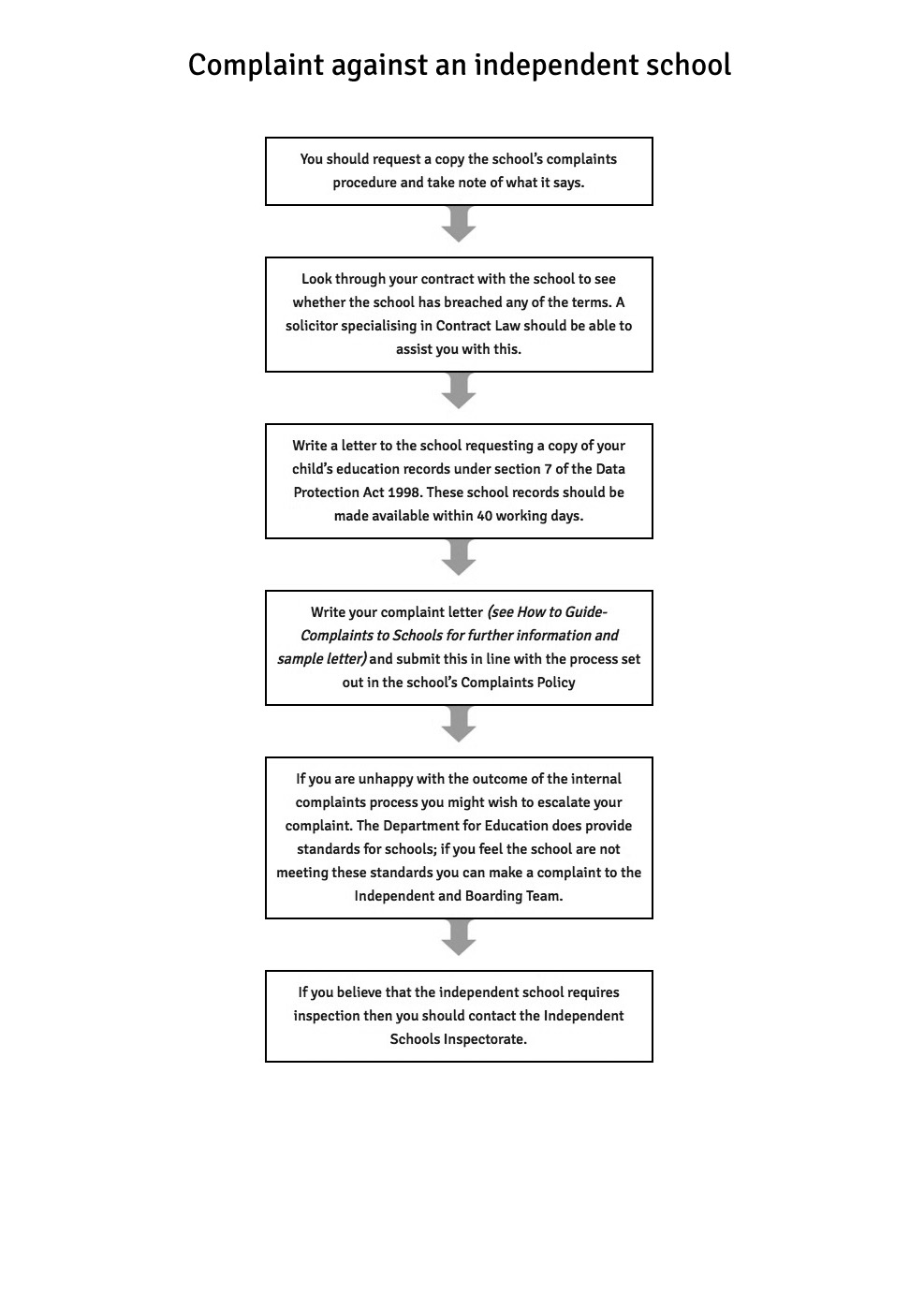 When can I complain to the Independent Schools Inspectorate?

The Independent Schools Inspectorate is a government approved inspectorate responsible for the inspection of Association independent schools.

Details of the Independent Schools Inspectorate are here:

Please note that the Local Government Ombudsman and Ofsted are not able to look into complaints about independent schools.

The School Inspection Service (SIS) is an independent body established to carry out inspections of independent school in England under Section 109(1) and (2) of the Education and Skills Act 2008.

What if I have a complaint about a school or college for 16-18 year olds?

The Skills Funding Agency can consider complaints against schools and colleges for those over 16. Details are here:

This information is correct at the time of writing (Mar 21, 2019 @ 1:25 pm). The law in this area is subject to change. Coram Children’s Legal Centre cannot be held responsible if changes to the law outdate this publication. Individuals may print or photocopy information in CCLC publications for their personal use. Professionals, organisations and institutions must obtain permission from the CCLC to print or photocopy our publications in full or in part.